After 9-alarm fire in Lapeer, 2 buildings demolished; half of Grondins still stands 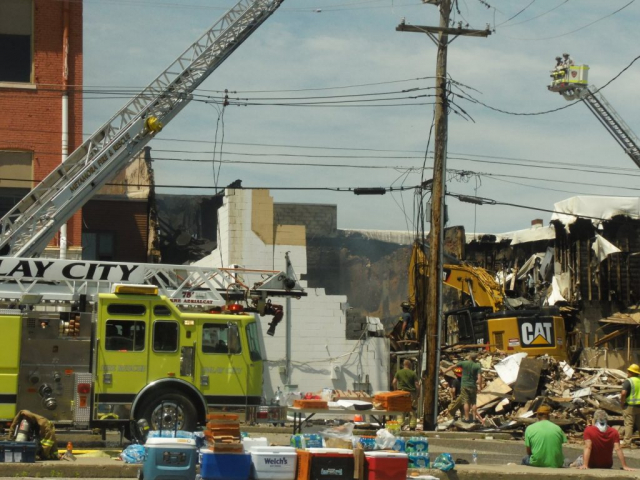 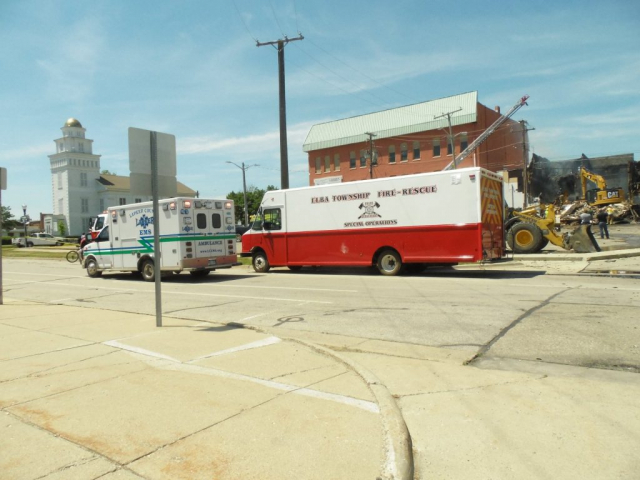 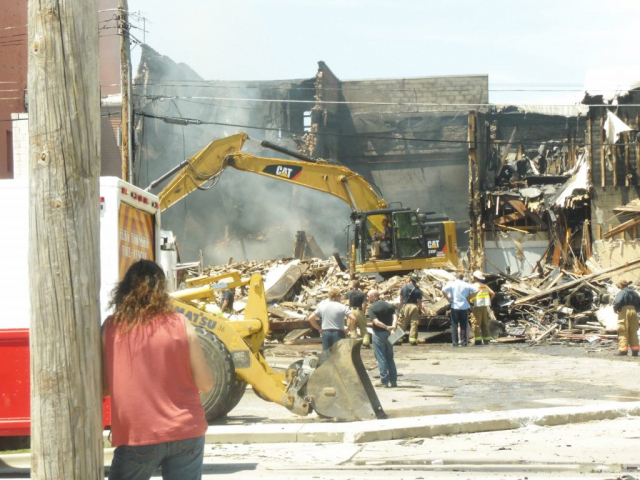 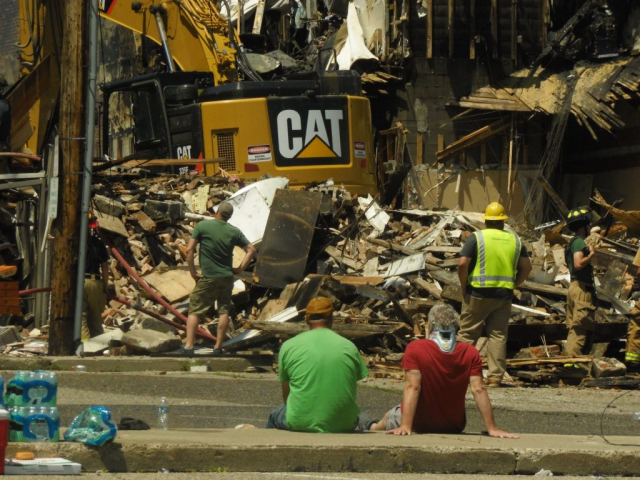 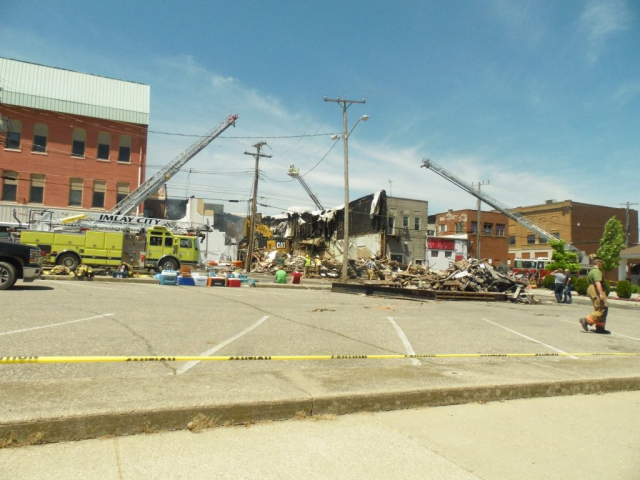 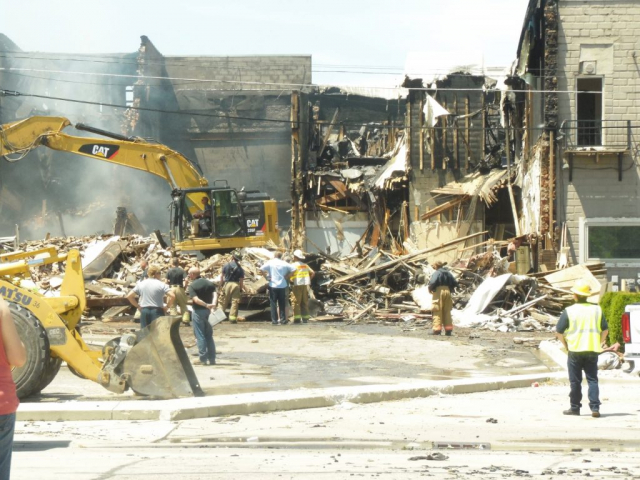 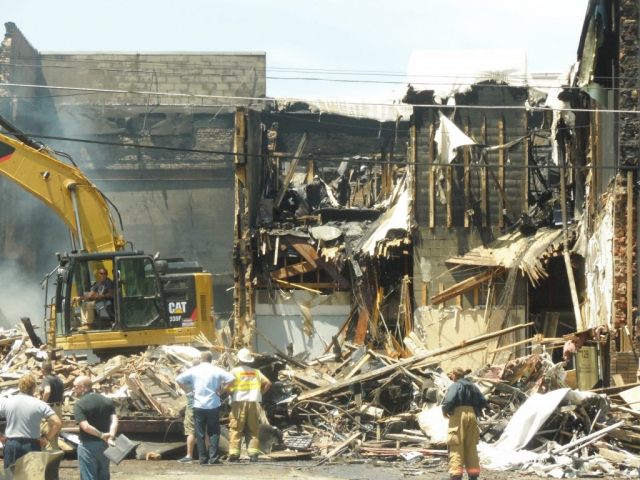 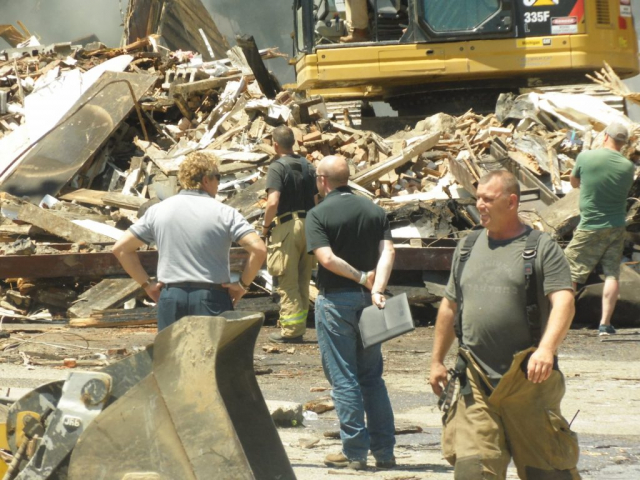 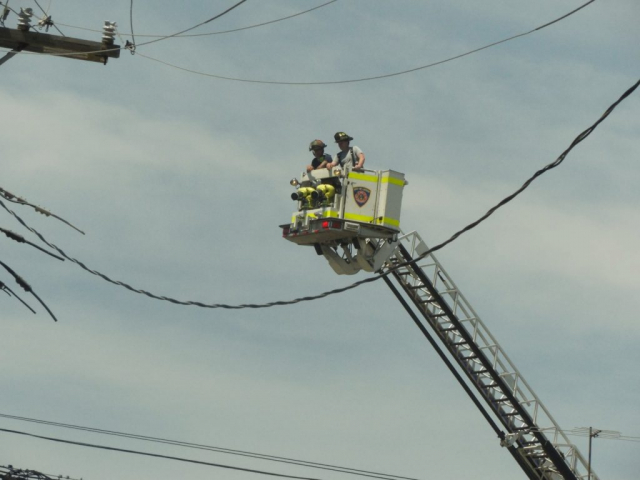 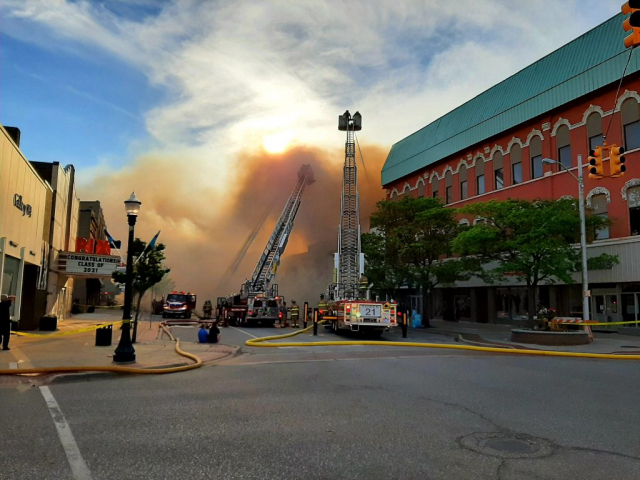 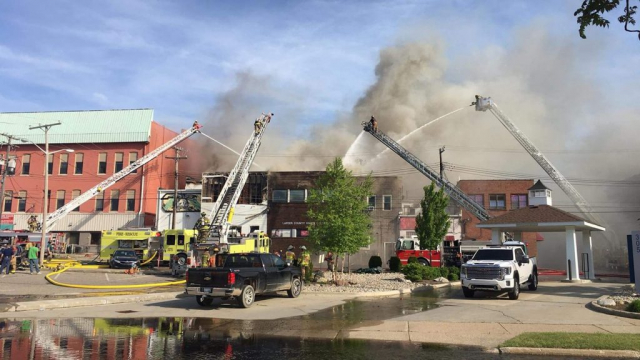 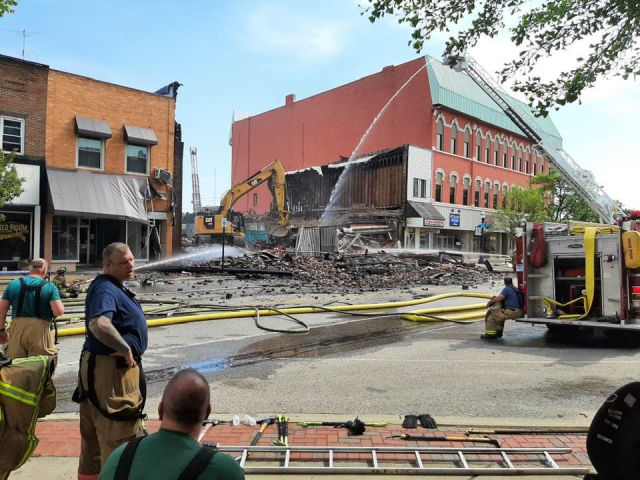 *Update* Raz and Lapeer County Vision Center have all been demolished. While half of Grondins still stands, the structure may have to be removed completely if not still sound to support an addition.

Lapeer, Mich.- On the early hours of June 5th around 4:50am, Lapeer County Central Dispatch started the first department page that would end up being almost a dozen departments, helping fight the blaze in downtown Lapeer.

As the cause of the fire is currently unknown, smoke was seen coming from the top floor windows of 129 W. Nepessing St. by the firefighters first on scene. As more departments were toned out, the fire raged on. Departments that responded include Lapeer, Elba Station #2, Imlay City, Metamora, Deerfield; and our friends to the west, east and south, Marlette, Davison Twp. and Oxford fire departments. The Lapeer City Police said they were dealing with ongoing flareups, prolonging the fires life.

By late morning the fire was out, and the damage assessment began. One of the buildings declared a total loss was BC Comix, as pictured, being demolished. Other buildings next door were: Lapeer County Vision Center and Grondins Hair Center.

We will wait for any other updates.