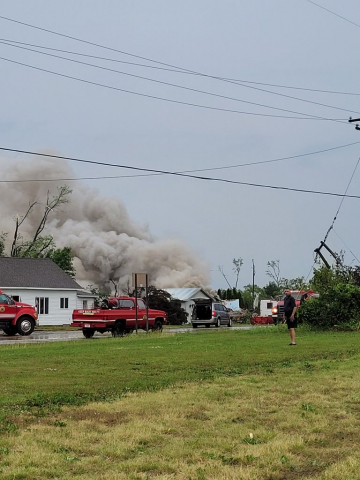 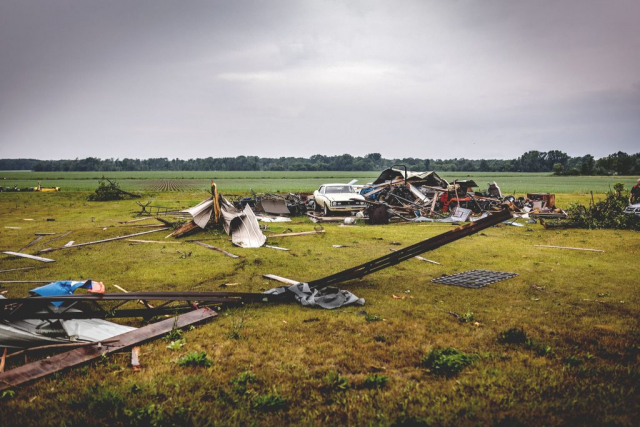 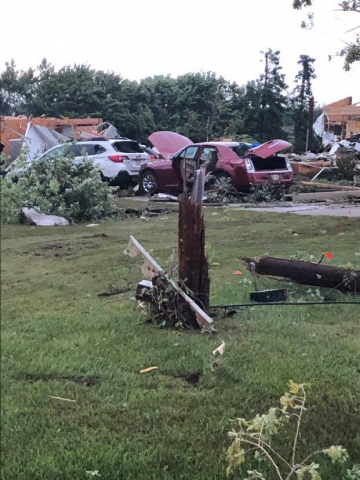 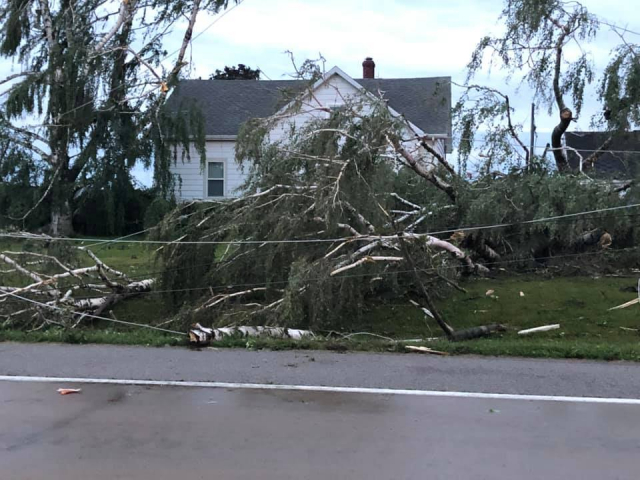 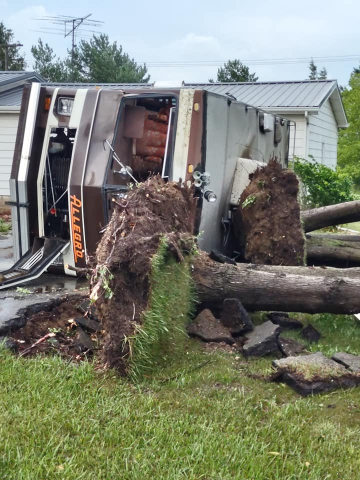 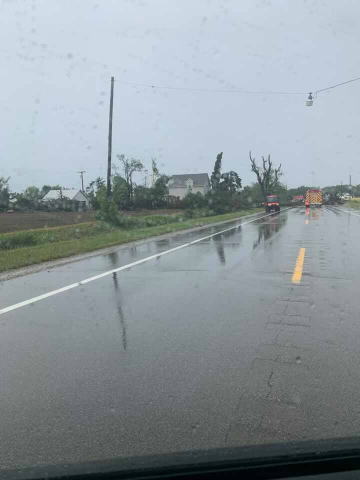 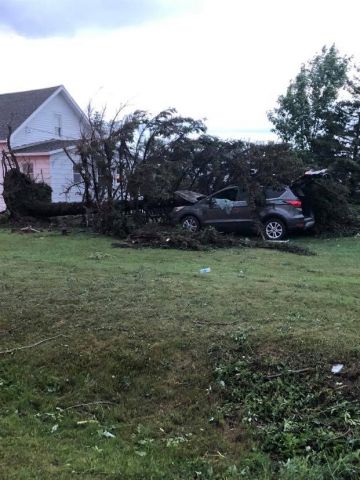 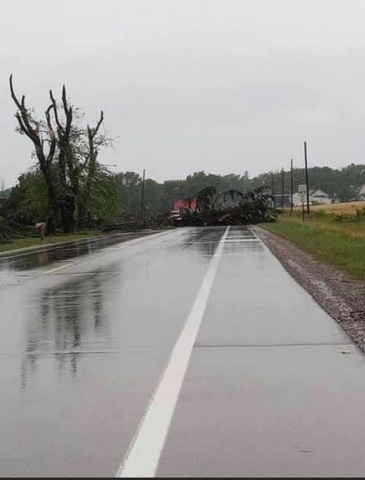 (Photo Credits are listed in gallery mode as image name)

As tornado warnings were issued all day, one storm was unwarned, but caused significant damage. The NWS in Detroit has confirmed that a EF-2 tornado with winds around 120 mph hit Port Austin last night around 6:50pm. The NWS said in the survey overview:

“One tornado was confirmed in northern Huron County. This tornado impacted northern portions of Port Austin, producing up to EF-2 damage. The last tornado to hit Huron County was an EF-0 on November 6, 2015.”

As for the tornadoes path itself, the survey summary states:

“A tornado touched down 4 miles SW of Port Austin just north of the intersection between Port Crescent Rd and Sand Rd. The tornado began as an EF-0, producing several snapped trees and tree limbs, uprooted trees, and damage to barns and outbuildings. The tornado then tracked northeast and crossed M-53 just south of its intersection with M-25. At this point, the tornado produced EF-2 damage to six houses, with three roofs completely detached, one house with major roof damage, two garages and one barn completely destroyed, and substantial tree damage. The tornado continued to track northeast toward N Hellems Rd and paralleled Pointe Aux Barques Rd, where numerous pine trees were damaged or destroyed and some hardwood trees were snapped, consistent with EF-1 damage. The tornado then tracked across the Eagle Bay public access point and into Lake Huron.”

Snow starts the week; warm temps wrap it up 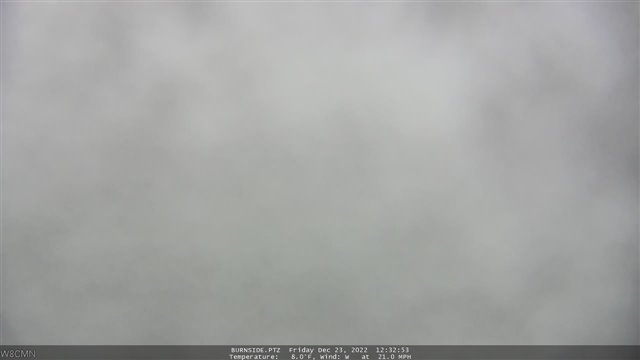